Lindsay, our Summer Camp Coordinator, designed the schedule and led activities for RISE and Solve, LDS’s science camp. Lindsay has a degree in Science and has taught a science camp before. She says her position with LDS brings together her three passions: science, working with kids, and working with people with learning disabilities.

“The design of the camp is to encourage kids to develop their curiosity, to be enthusiastic about science so that it’s not a scary thing,” Lindsay explains.

“If they are curious, they want to learn. So the camp helps develop that curiosity in science and the natural world. We deliver lessons on a broad range of scientific topics, everything from earth science to chemistry to engineering, so they have…a broad foundation of knowledge. They also work on those critical thinking skills and problem-solving skills.”

On the first day of camp, students got an introduction to science and the scientific process, as well as problem-solving skills. “They start to grow their crystals, we talk about collecting data through observations and creating a hypothesis. So they have a sheet and they do their crystal hypothesis of what they think it’ll look on Friday, and every day we collect observations of it and pair our results with our hypothesis to do a simple experiment that they’re excited about—’cause it’s crystals!”

“It wasn’t in the original plan, but working with kids you sort of learn, ‘oh, they’re interested in this, we need to address this, and adapt as we go.’ So Monday, we also talked about viruses and COVID-19. What is a virus? How can we protect ourselves?”

The instructors provided scientific understanding “without freaking them out! Which I think we’ve done a pretty good job of!” Lindsay tells me. “What does handwashing actually do? Why do we need to do it for 20 seconds? What is the purpose? Instead of just having arbitrary rules, it gives them an understanding of why.”

On Tuesday, kids also got a chance to build their own solar oven with a box, reflective piece, cellophane, and black paper to trap heat. On Wednesday, they tested it by making S’mores (a pretty great test, if you ask me!). Thursday was Ecology Day and kids learned about the different types of trees and why certain trees grow in BC. Friday was all about engineering.

Every day is full of fun experiments. From making lava lamps to using chemistry to fill balloons, kids get a whole week to freak out about science.

Lindsay’s teaching philosophy includes inquisitive learning, discussions, and activities. “Sometimes they’ll ask questions that are not a part of the lesson plan, not something I scheduled, but are great questions and they are genuinely curious about it. Last week, I started the day with, ‘Tell me something you know about science and something you’re curious about or want to know about.’

“And one of them said, ‘I know there are spiders that are as big as a dinner plate.’ …And the other kids said, ‘Those aren’t real!’ So we pulled up pictures and we talked about it.

“We talked about venomous versus poisonous animals. We ended up spending about 40 minutes and they talked about snakes and spiders and that wasn’t even Ecology Day! It just happened! That’s what I want to see because if they are curious they are going to want to learn. …As long as they go home with a positive understanding of science and little more familiarity with the concepts—that’s what I hope for. ”

“I feel like I can relate” to the students, Lindsay says. “I’m dyslexic and have ADHD.”

Lindsay wants the kids to know about her learning differences: “I’m very open about that and I’ll joke about it, ‘Oh, that’s just me being dyslexic!’ when I misspell something on the whiteboard.”

“Make it OK to ask for help,” she says. “Normalize learning disabilities, learning differences, neurodiversity—because a lot of the time I think kids don’t have that representation of someone who is succeeding and doing well with a learning disability. I think that’s important”

Lindsay shares a conversation she had with one of her students when she mentioned her dyslexia:

“Oh, yeah, spelling is really hard. I have dyslexia, so sometimes..I need some help,” Lindsay said.

One of the girls looked at Lindsay and said, “Oh! That’s what I have too!”

“She didn’t say much,” Lindsay explains, “but she was thinking. You could see the wheels turning. And I thought, ‘This is good. This is important.’”

“Sometimes kids feel a stigma around it, or they feel embarrassed, and building up that confidence about who they are, and who they are is great! And it doesn’t matter what learning difference or disability or neurodiversity you have, you can still do great things!

“I want them to feel good about themselves and who they are. And if I can have any part of that by providing representation, I want to! I want to help build them up so they go home with a positive self-image and a positive idea of science.” 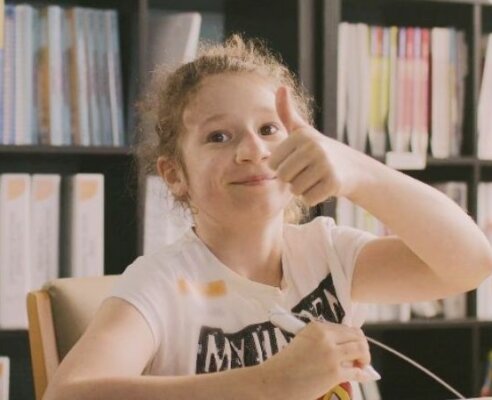 2020 RISE to the Challenge—your contributions will transform over 180 lives! 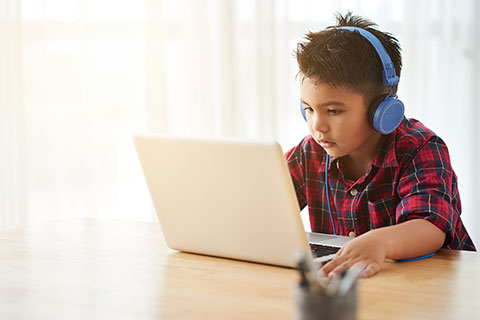 Creating structured at-home learning for your child while schools are closed can be a real challenge. Here are 5 simple steps you can use to make home learning a success. 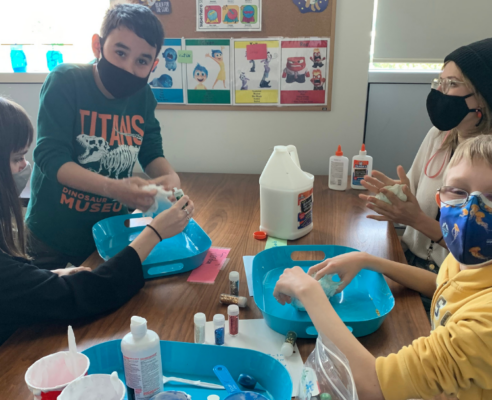 May 7th is National Child and Youth Mental Health Day across Canada. This year, LDS has taken strides to include mental health wellness and advocacy into our day camp programming.